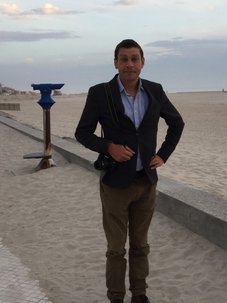 I was born in Manchester, England, UK in 1973 and lived the early part of my life in Zimbabwe and then the United Kingdom. I learnt photography at high school in Staffordshire and studied it a A-level along with a Radio & Journalism City & Guilds course at college.

​I have been a professional photographer since I left college in 1991, learning most of my trade in the Harare bureau of the Associated Press in the early 1990s (as an intern of sorts, before such a term existed - under two old legendary Africa hands, John Edlin and Angus Shaw). I had my first front page photograph in The Independent when I was just 17 years old, from South Africa and one in The Guardian from Scotland earlier in the same year.

This was of course, the pre-digital era and I have an extensive archive of monochrome negatives and colour slides dating back to the late 1980s (they weigh 32kg!). Plus of course, a large archive of digital images.

I have spent a lot of my career as a foreign correspondent and freelance journalist for US, Canadian, English and Scottish newspapers and written for many magazines, including The Economist, The Daily Telegraph, The Scotsman, The Sunday Herald, The Guardian, The Miami Herald, The Globe and Mail, The Christian Science Monitor, The Scot's Magazine, The Daily Record, The Scots Magazine, Farmer's Weekly and the Gemini News Service. I also wrote a few reports for The Economist Intelligence Unit in the mid-1990s.

Most of the time I have been a photojournalist as well and since 1990, I have had my images used in UK and international newspapers including; The Guardian, The Times, The Daily Telegraph, The New Statesman & Society, New Internationalist, The British Journal of Photography, The Independent, The Daily Mail, The Mail on Sunday, The Sun, The Daily Record, The Scotsman, The Miami Herald, The Panama News, The Tico Times, The Globe and Mail, Country Life, BBC FOCUS, BBC Wildlife, Cathay Pacific Magazine, Frontiers, The Scot's Magazine, The Sunday Post, De Zeit, Trouw, The Miami Times, The LA Times, Vistazo, The Sunday Times, The Sunday Telegraph, The Observer, Newsweek, TIME Magazine, Elsevier, The Daily Mirror, The Daily Express, The Nautilus Telegraph (formerly The NUMAST Telegraph), The Sea, Lloyd's List, The Journal of Commerce, The Wall Street Journal and many others. In recent years, my work has appeared a bit on the web sites of many of the UK newspapers mentioned above.

I am currently based in Athens, Greece and cover Greece and Eastern Europe. I mostly work at the moment in video production. I still produce photojournalism and sometimes write articles and books.

In recent years, I have started filming video in HD (since 2009) and since December 2017, have been filming in UHD 4K. Via Newsflare, I have my footage used in TV documentaries on BBC4 and ITV - plus had my videos featured on web sites like MSN.com, Liveleak.com and Dailymotion.com. I've recently produced, filmed and edited a TV news report for Euronews.

I am fluent in Spanish, Portuguese and speak passable French and hold a clean UK driving licence. I can also accept work as a location scout for filmmakers, copy writing, fixer and translator.